the poverty and the violence showed in the movie make the superiority complex of western world stand out. whether india or china, the eastern world is always a mystery. orientalism, written by Said, describes a tradition, both academic and artistic, of hostile and deprecatory views of the East by the West.

that film sells superiority of audience and poverty of india at the same time. when we see Slumdog Millionaire, do we adopt the view of the west to judge the east? 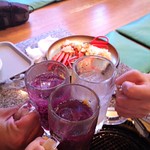