the poverty and the violence showed in the movie make the superiority complex of western world stand out. whether india or china, the eastern world is always a mystery. orientalism, written by Said, describes a tradition, both academic and artistic, of hostile and deprecatory views of the East by the West.

that film sells superiority of audience and poverty of india at the same time. when we see Slumdog Millionaire, do we adopt the view of the west to judge the east?

Do you believe technology is everything? well, before i read Doc in a Box, i don't think AI can replace manpower. yes, a computer can play chess with you, stimulate a playground for you, guarantee your safety at home, but...to have a surgery??

Now haptics, the science of simulating touch and feel, makes it possible. The advantage of having a robot to operate for you is it can precisely locate the operating field. before this robot comes up, we already have many operations with the computer-assisted tracking system. technology did work very well and now it can do more.

the only disadvantage of this robot is the way-to-high cost. but this robot is only an unnamed prototype, it's too early to jump to the conclusion. in the light of the development of medical tech, students of medical school might get ready to find another jobs cause robotic surgeons would come true soon.

A Forgotten Contribution. This is not a good news, but it's happy to know the discrimination is disappearing. do you know Rosa Parks? She is famous for refusing to obey a bus driver's order to give up her seat to make room for a white passenger in 1955. Soon Park's act became the symbol of resistance to racial segregation. Of course her action is not the only one of its kind. Here is another fighter: Claudette Colvin.

nine months before Parks event,  Colvin, a 15 year-old girl, was similarly treated. we may be hard to imagine why the color matters so much, but the color was everything then. Though the 14th Amendment has legislated for many years, it obviously takes more time for people to believe in "all human beings are born free and equal in dignity and rights."

doesn't any ciscrimination or segregation exist nowadays? I disagree. what matters now may not be colors, but it can be salary, age, appearance...Power is always a privilege to some people only.

Agents and Editors: A Q&A With Four Young Literary Agents

four agents and editors, JULIE BARER, JEFF KLEINMAN, DANIEL LAZAR, and RENEE ZUCKERBROT, are talking about why they love their job and what the job can make the world change. I read the initial paragraphs of the first page and cann't help laughing out loud in front of my screen.

what makes you think of a novel as a good one? first, Barer said "the one makes me miss my subway stop." if one book can make you forget what you're doing, surely it's a great one. then, i start to recall if there is any book that did the same thing to me. yes, 吉本芭娜娜's books. i love them all and i did pay the money to buy them instead of reading them on the internet.

it's the title of the November 26 issue of Newsweek. have you ever heard of Kindle? it's the first 'always-on' book. not just an electronic book, it brings a new perspect of reading. the time of book 2.0 is coming. when you read a book which reminds you of another book, what would you do? go upstairs to find the reference, which could easily take you an hour or more? save it! with Kindle, you can perpetually connect internet and check any book, magazines, journals you want. moreover, you can even subscribe to them.

before books, music and video have been digital for a long time, and short-form reading has been digitized. but long-form reading hasn't. the kindle represents a time of transition. the reason why people read less books in the past decade doesn't exist anymore-books are heavy and unportable. and there is something that has happened to everyone-hate to need glasses to read those 10pt (or less) books. well, you won't need to do that, too. 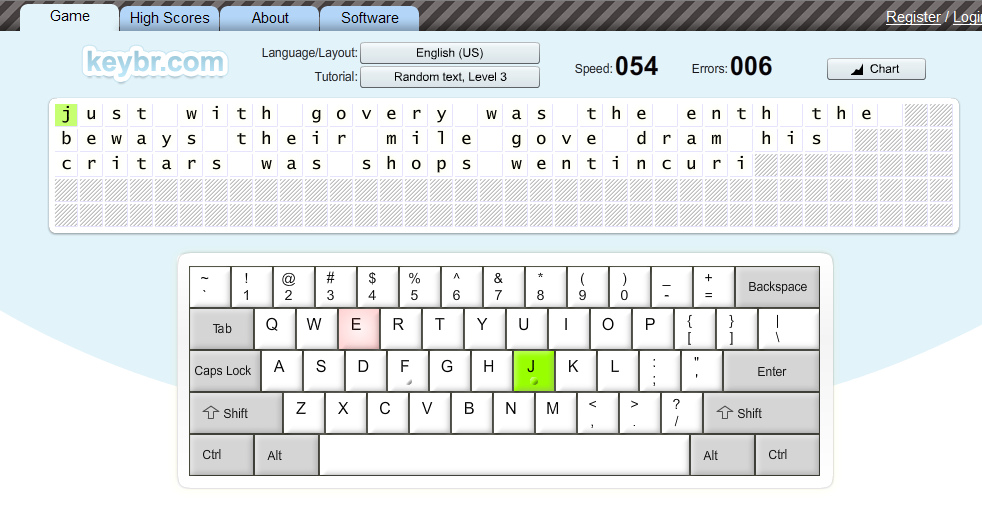 Recently, I was trying to change my career. I'm not saying that being a teacher is not good enough. It's good, definitely pretty great. However, I want to live a different life. Most student think it's a waste of time not to be a teacher after four year training of teaching. They believe they don't have any other choices. But I don't think so.

The four year training is the basis of being a teacher but teaching is not the only destination. I've heard that a lot of teachers complain about their long-time working. Every time they get together, they always talk about how boring, exhausted and tired they are and the education in Taiwan is worse and worse.  They never realize those talks are as boring as themselves.

My life shouldn't be like that and I deserve to live what I wanna be. I hope I could have such courage to make a switch. I believe there are many ways ahead. :)

Everything seems quite funny since the love is gone. Seriously, when two people don't love each other anymore, those sweet words, promises, hugs and kisses just don't mean anything. Isn't that sad? Should we throw all this away just beacuse of the fading love?

Recently I've been thinking about this--how things gonna work after lovers broke up. I, am more like the "remember everything' guy in love. I don't believe you can get rid of those memories so easily. I don't mean that I would remember all stuff about the relationship, but I do believe that once you loved someone, that guy would left prints on your heart.

Why would I bring this up?  Again, it's coz I just watched some episode of FRIENDS.  :)

Actually, she has assigned this to me for a long time but I didn't have any passion to answer it in English then. OK, here is it.

I just read Julia's article--What Are We Creating? Monsters?

Indeed, kids nowadays apparently become more violent. More and more teachers worry about this phenomenon, although some may blame it on the explosure of mass media, which are mostly considered more bloody than before. However, just twenty or ten years ago, kids were still "normal." So I couldn't help but thinking: what happened during these days?

As an old saying goes, "Spare the rod, spoil the child." When we put more concern about human rights, do we also remember that crimes need punishment? People believe in the "education of love" but the truth is: If we don't love kids, we won't punish them for making mistakes. To corrupt a kid is simple. You just let him do whatever he wants and he will be an airplane, flying high but out of control.

If you were free to go, would you stay with me? Or, you would take me away?

Your name hasn't show up in my daily life for a long time. That's really good news, right? However, when he told me SHE has broken up with her BF, I just recall you immediately for no reason.

Maybe it is the summer that we saw the beautiful flower overspread together...it is the night that we walked into the darkness--a romantic adventure...

Seasons pass by. It seems to be summer in HsinChu now.

Recalling the day I met you on the Internet, it was the end of summer then. None of us would know where we're going to. But now, we are here, as lovers. Thank God.

I don't know what's going on--just can't help thinking of you, even you just left me about...five or six hours. I used to say "We should get through the test of time and space." Ha! How come the test should be mine not yours now? I just don't get it.

It has been so long since I wrote something in English last time. And this fact says "Shame on you!" to me just like Amy, a great teacher of ED at NCUE teaching many major subjects of sophomore . >"<

From now on, I hope I can write something in English everyday.
It sounds impossible? (Can you imagine I can't even spell "impossible" right? =.=+)
(繼續閱讀...)